This is a Gregoire Maret signature model with wooden cover specification.

It features a more mellow and dark tone. Walnut is used for the cover, finished in a calm design with a sense of quality. And the volume and shape are decided for the purpose of easy to play, easy to fit in hand, also to have a more dark tone, and to have sufficient strength. It is the world's first mass-production model using wooden cover for chromatic harmonica.

※ Cover specification is changed from rosewood to walnut on December 5th in 2017.
*Image is walnut cover.

Remark :
Cover material was changed to walnut from rosewood.
Some Images in website and catalogs might be old rosewood cover specification. 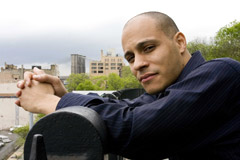 Gregoire Maret model catalog(*Material of wood was changed to Walnut)